Wow. I have been unbelievably busy lately and haven't done any blog posts -- but I have been thinking everyday that as soon as I can I am going to post. I still have CJ and Elizabeth's milestones, mothers day and our florida trip -- not to mention our daily ramblings to get caught up on! We are leaving for Minnesota tomorrow, so once we get settled I'm sure I will be able to get a little caught up! Yay !
On Sunday, we traveled to Kansas city to take pictures. We went up to Columbia to let the girls play at the big park they have there. On the way over to KC, we heard on the radio that there was a Tornado Warning for Layfaette County . . . We had no idea what county we where in, but we soon found out we were IN that county. So we started looking around and we saw this from a distance: 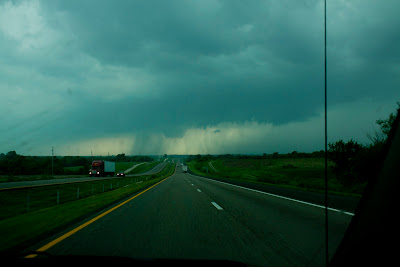 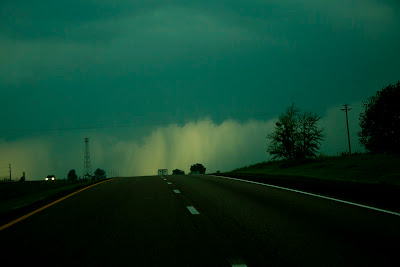 This picture was taken about a minute after we spotted it. (above). We watched the clouds moving up and down. It seems like one minute the skies were clear and the next, it was almost right above us.
One cloud formation dropped significantly lower than the rest and it grew in width.
We knew for sure that it was funnel cloud and debated stopping or trying to drive past it in
time, before it potentially touched down. We kept driving and as we passed under it we
where praying that God would keep us safe, or allow us to understand His will if it did
touch down and we experienced a real tornado. 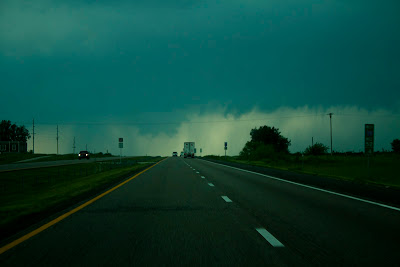 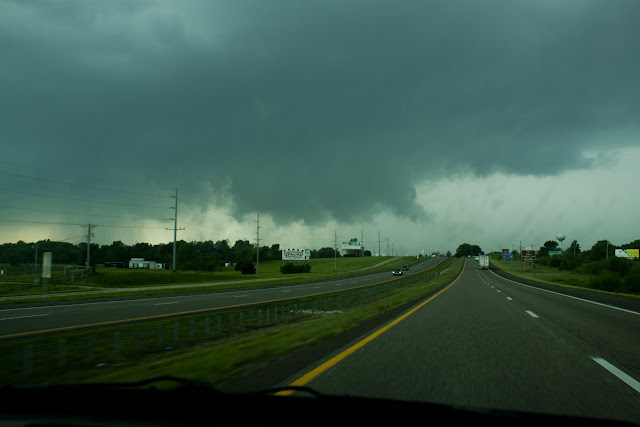 Above: the funnel cloud. It was moving to our right side, across the road, and kept getting lower and lower. 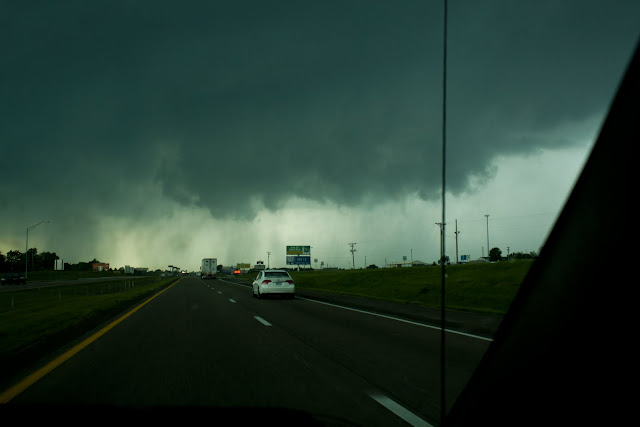 I can't even describe what the feeling is like, to be right under something so beautiful and yet so overpowering and intense. It was crazy. 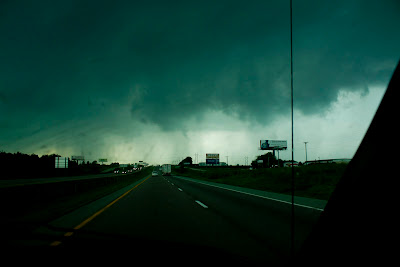 After we passed under it, we got hit with some super hard, heavy rain for about 45 seconds, and then: 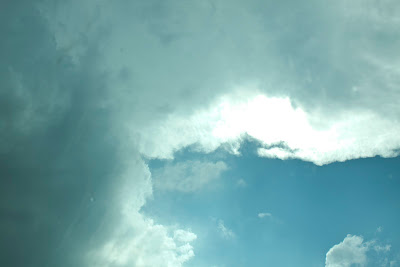 Blue skies and Sunny! There was also a huge temperature change -- it went from cold to HOT. 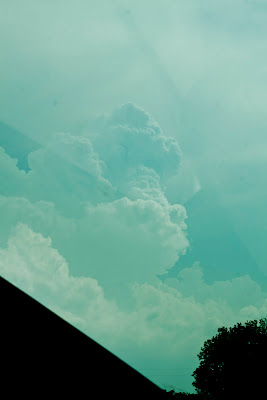 The back of the storm. 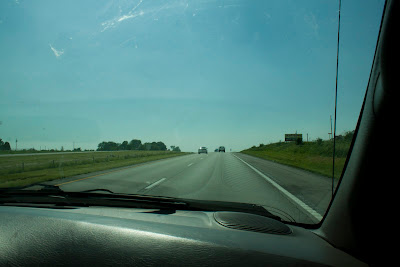 A minute out of the tornado. 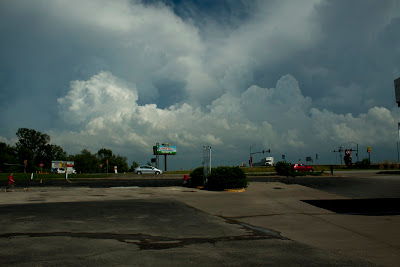 Looking back at the storm. At this point it was touching down or about to touch down. 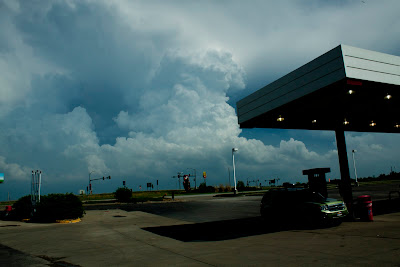 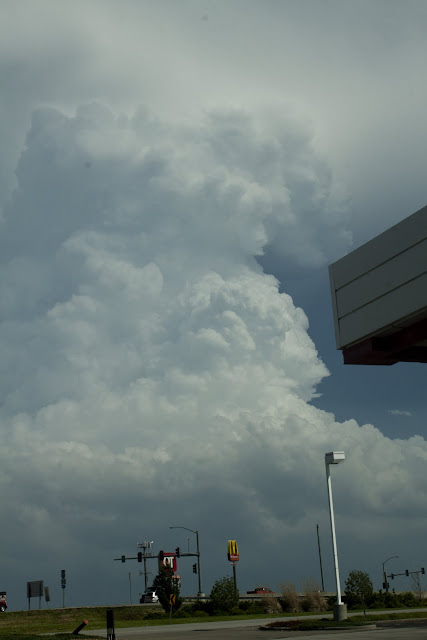 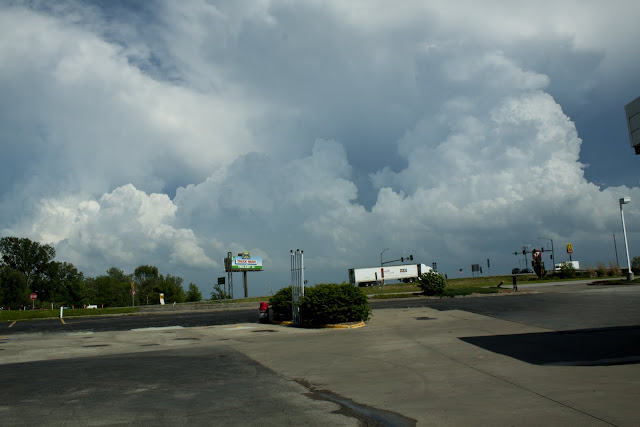 We found out on the news that the Tornado did touch down, only about five minutes or so after we saw it. It did minor damage and wasn't reported to much on the news since most people were talking about the tornado that went through Joplin.
Labels: life in MO

Leah LC Shellum
Leah || MN || MommaBear of (8) || Wife to Jake || free spirited photog with love in her eyes, flowers in her hair, and grace in her heart. || moonlit gypsea