It's my Birthday, My brother is SAVED! and other news....

It's my birthday today! 21 years old! And No, of course I will NOT be drinking.. :)
I was sent flowers from my biological Dad, Tim.  :)  He also sent some money. 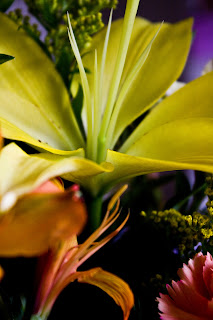 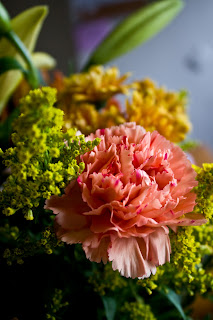 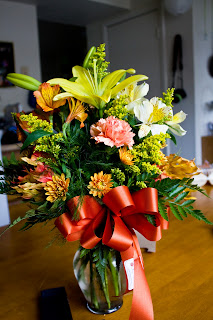 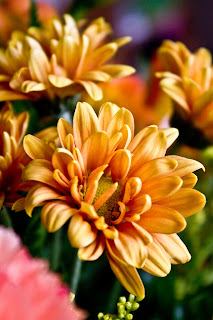 And with the money I chose to buy us some stainless steel pots and pans. Our old ones were teflon coated, and teflon when heated to a certain temperature releases chemicals into our food. Those chemicals coat our thyroids, preventing important chemicals to enter and exit properly. Well I have Hyperthyroidism, sooooo switching pans has been something I have felt very urgently to do. So YAY!! We have beautiful new pots and pans....I will post pictures at a later date. :)


My grandma also gave some money, with which I am using to get my tattoo re-done. I have an appointment for that on Tuesday at a local Christian tattoo shop called Transformation Tattoo. !!
I am VERY excited since my tattoo now is very....sucky.


BUT THE BEST BIRTHDAY GIFT EVER..... has been from my brother and Jesus. On October 21st my brother told me that the night before (oct 20th), he felt the HOLY SPIRIT!! This is so amazing to me, I am so so so so thankful. He has fully changed his life around and wants to live for God no matter what!
You have no idea how much this means to me. 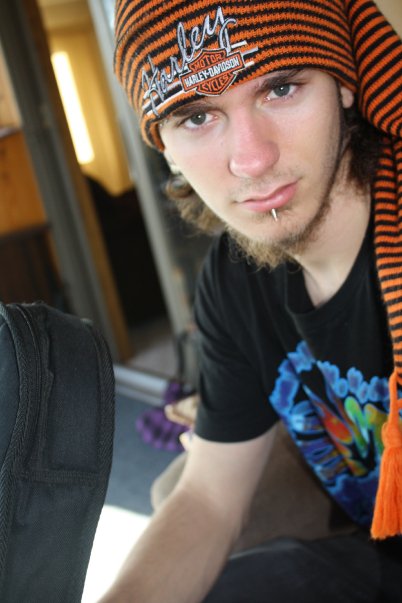 My brother and I have been so close our childhood. We have three other sisters, but him and I have been together through everything.... (which is ALOT-- you can read my story to find out about that). We have a connection that I can never really explain. He means the world to me. And after I became a christian we slowly slipped away from eachother. We lost our father (non-biological to me), in February 2004. Which was so hard for us both and we turned to some nasty things to cope. Then in 2006 I was saved. So many times I tried to talk to him about God. He knew so much about God, and 'believed' it, but never felt it. He had never known in his heart that God was real.

In November 2006 he had a major breakdown and was in a huge fight with my Grandparents downstairs. I was upstairs in the kitchen listening to everything, and finally told my grandparents to come upstairs and leave him alone (we had SO many bad fights). Henry yelled up the stairs that he was going to kill himself so show my Grandma what it would feel like to be him and feel his pain. I walked over to the sink and thought I had heard a gun being cocked (loud click noise) , but figured it was just my imagination. My heart skipped a beat because we had guns out and loaded downstairs since it was deer hunting season. I sat there deciding what it was for about two seconds when I heard a gunshot. My heart dropped. Time seemed to go so slow as I ran for the stairs, and down them...screaming 'no, no, no, no God no".  I started crying thinking of my brother dead. 'Did he really just kill himself?'. I thought of seeing his blood all over downstairs. My grandpa tried pushing me out of the way to go first (I'm guessing to hopefully shield me from what we thought we would be seeing). I got to the bottom and looked around to find my brother standing in the doorway, fully alive with the gun in his hands and the patio door open. He had shot outside. I stood there in awe while my grandpa ran and grabbed the gun away from him. I fell to my knees and cried and cried. I must've cried for at least 45 minutes. I kept on saying "no, no, no". It's like my mind went through two huge shocks at once: first was that my brother was dead and second was that he was alive.  It was the worst day of my life. 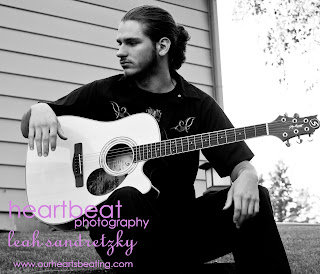 I spent the following months in fear for his life at every second. If someone would argue my mind would flash back to that day and I'd almost break down. My life was consumed with the ringing of a gun shot when him and my grandparents fought. At my work, my boss fired a gun at a doe in his backyard and to little of my control I started crying and shaking. Henry continued to be suicidal. He wanted to die and he would tell us often. I was having a hard time at my grandparents and I moved out and moved into my Mom's. To this day I feel so much grief for leaving Henry alone at my grandparents. I would cry every night, in fear that he would die. I listened to the song "How to Save a Life" by the Fray so much and cried and cried. This continued for a few years. Eventually I moved in with Chris and his parents.
One night at dance practice, I noticed henry sitting in the corner. I could tell something was wrong so I went over to him. He had his head down and was crying. I asked him what was wrong and he fell onto me and started crying and said that he did something horrible. He looked up at me and I could see cuts all over his neck. My heart stopped beating. I told my dance instructor that I had to leave and I took henry out to our car. We drove and he told me that he had gotten into a huge fight with my grandparents and he had took my grandpa's small gun to kill himself. He shot my grandparents gun cabinet in hopes of opening it to get bullets out. My grandpa ran downstairs and stuggled the gun away from him. Henry then went into his room and took a knife and cut at his throat trying to slice it open. My grandparents broke down the door before he could actually cut deep. He then went into the garage and got into their car to leave. As he was pulling out, my grandpa jumped into the backseat and reached around and starting choking Henry. He had left the back door open and as Henry drove out, it was almost completely pulled off of the car by the side of the garage. Henry jumped out of the car and went back through the house to run out the front door, slamming and breaking my granparents glass door. He then went into the shop and took his dirtbike and drove away. Now this was pretty late at night, to wear it was pitch black; and dirtbikes have no headlights. He said that he drove down the trails through the woods (my grandparents live 20 miles out of town), guessing where the trail was. He said he had it at full throttle (around 50-60mph). That night there was no moon, how he managed to drive down less than 5 foot wide, curving, rolling trails with absolutely no light and not getting seriously hurt is only a pure act of God. He eventually came out on the highway and drove down the middle, hoping, praying a car would come so he could hit it dead on and be killed. His dirtbike ran out of gas and he stopped at a bar, stole some guys truck and drove into town. He was planning on going to the cities (4 hours away), and being with my Mom. The truck he was driving was out of gas so he stopped at the school to steal another car. As he was checking to see if they were locked, he found our car. At first he didn't recognize it, until he saw our daughter's carseat base in the back seat. It forced him to go inside and see me. Thank you God that I drove that night instead of usually being dropped off. How amazing is it that he would even pick the school, out of the hundreds of places where cars were in town. How amazing that he would pick that specific section of parking lot, and just happen to find my car!  After he told me the story I knew he had to turn himself in. If the police found him running, he would be in so much trouble. I eventually convinced him to go to the police station. I drove him there. It was heartbreaking to see my brother get taken back into jail. To see him crying. To know how hurt he was to have to do something like that. It was even more painful to see how hurt my grandparents were, and for them to continue to not realize all they were doing was making him worse.  But all that is a story for another time maybe. 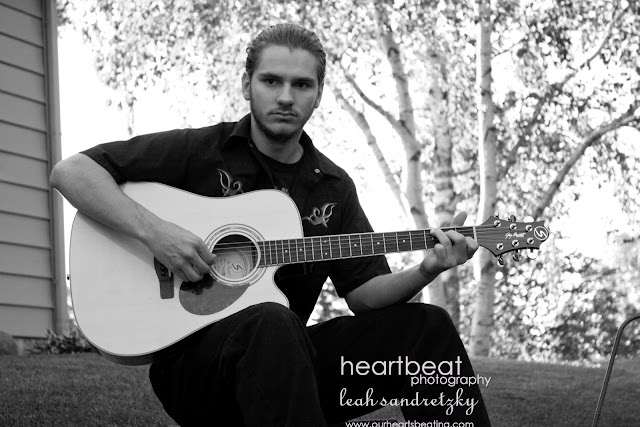 My brother finding Jesus is the greatest moment of my life. It doesn't mean he won't have fits of rage ever again, or that he won't kill himself someday. People can still fall away from God. But his chances are greater now. And I believe he is smart enough to understand, and I believe that God is big enough to conquer anything. 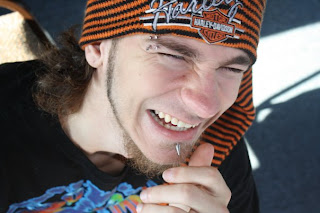 Labels: birthdays God Henry Holy Spirit How to Save a Life Suicide

Leah LC Shellum
Leah || MN || MommaBear of (8) || Wife to Jake || free spirited photog with love in her eyes, flowers in her hair, and grace in her heart. || moonlit gypsea